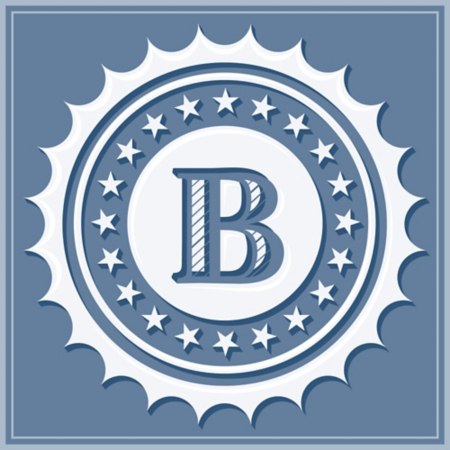 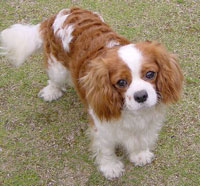 In one of the strange quirks of history, it was an American who brought about the revival of a breed beloved by an English king. Spurred on by a prize offering, breeders in the 1920s attempted to recreate the King Charles spaniel as it appeared in the 1660s. This trip back through the breed’s history has resulted in the development of an adorable dog that lives to please, regardless of class or status.

In the 1500s, a breed of small spaniels became extremely popular with the nobility. Not only were the dogs attractive and good natured, they also served a purpose. They were thought to keep fleas away from their owners, prevent stomach illness, and keep their owners warm. In fact, they were sometimes called a comforter, because they would be used to keep passengers warm on cold carriage rides and served as a form of hot water bottle in cold beds.

The dogs weren’t kept solely for their usefulness, though. By the time of King Charles II, they had become favorites of the royal household. King Charles II was rarely seen without at least one of his spaniels, to the point that the breed soon became associated with him. However, with changing political winds and changing tastes in dogs, the King Charles spaniel lost favor after the death of its benefactor.

Preferences in dogs began to shift toward breeds such as the pug, and breeders began breeding the King Charles spaniel in order to produce a flatter face and bigger eyes. Eventually, the dog would come to bear little resemblance to its ancestors. Thus, by the 1920s, the dogs that had been seen in paintings by Van Dyke and Gainsborough were nowhere to be found; only their snub-nosed brethren appeared to remain.

When Roswell Eldridge, a wealthy American spaniel fancier, visited England in a search for the older type of King Charles spaniel, he was shocked to realize there was none of any quality to be found. Determined to see the breed revived, he offered a prize of 25 pounds to the best male and female dogs that harkened back to those of King Charles II. Breeders began to take up his challenge, but sadly Eldridge died before he could see the full fruits of their labors.

These new “old type” dogs were called Cavalier King Charles spaniels in recognition of the cavalier king who had found such pleasure in them. They have grown in popularity, although the early breeders attempted to limit the breed’s success, not wanting to see it suffer from many of the problems that arise from greater popularity. In fact, the breed wasn’t recognized by the AKC until 1996.

The Cavalier King Charles comes in four color variations: Blenheim (chestnut and white), ruby (solid red), black and tan, and tricolor (black, white, and tan).. There was one important person, after the death of King Charles II, who had maintained an interest in the dogs, and that was the Duke of Marlborough. His favorite color was the chestnut and white, which became known as Blenheim, named after his estate.

The cavalier is a small dog, weighing between 13 and 18 pounds. It sports a plumy tail that seems to always be wagging. Its fur, no matter what the color, is soft and silky, with long feathering on the ears, chest, legs and tail, as well as on the feet. The top of the head is flat or only slightly rounded, and the muzzle is full and slightly tapered. The eyes are large and dark-rimmed, but should not be prominent.

Considering the breed, in all its forms, has been bred to be a companion and lap dog, it should come as no surprise that the cavalier is a social dog that craves attention. The cavalier is a friendly dog, who gets along well with people and other animals of all ages and sizes, so they make good family pets. They might not make the best guard dog, but they make excellent lap warmers, and they take that job very seriously.